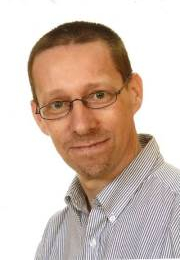 Arnaud Dumouch is a Frenchman and was born in 1964. He is married and the father of two children. A Professor of Theology, he resides in Belgium where he teaches his specialty. Thanks to a Concordat, two hours per week of religious instruction are required throughout the entire country of Belgium—even at the university level.

Even though he lectures at the university level, Arnaud Dumouch sooner likes to deal with high school students since he feels that yields more spiritual fruits.

His education is somewhat distinct and particular. Not being satisfied with the curriculum of French Catholic Universities, which, all too often assume a particular curriculum, somewhat exegetical, quite historically centered, and highly critical in approach, “but which seldom engage in the study of theology as such,” he spent three years studying philosophy with the Fathers of Saint John, and subsequently, two additional years studying theology. He continued his studies in spiritual theology in the school of Father Marie-Eugène de l’Enfant-Jesus. In parallel to that, he achieved all the necessary diplomas from the Catholic University in Strasbourg. Along with the French diplomas, he earned his doctorate at the Catholic University in Toulouse.

Enthusiastic with the field of eschatology, that is, with the theology of Hope, he wrote the first portion of his Doctoral Thesis, La Vision béatifique [The Beatific Vision]. His work, Traité des fins dernières [Treatise on the End of the World], is centered on the ultimate purpose of man that gives meaning to all, namely, coming to see God face to face. The work contains many very important theological innovations. It is available on the web site: http://eschatologie.free.fr.